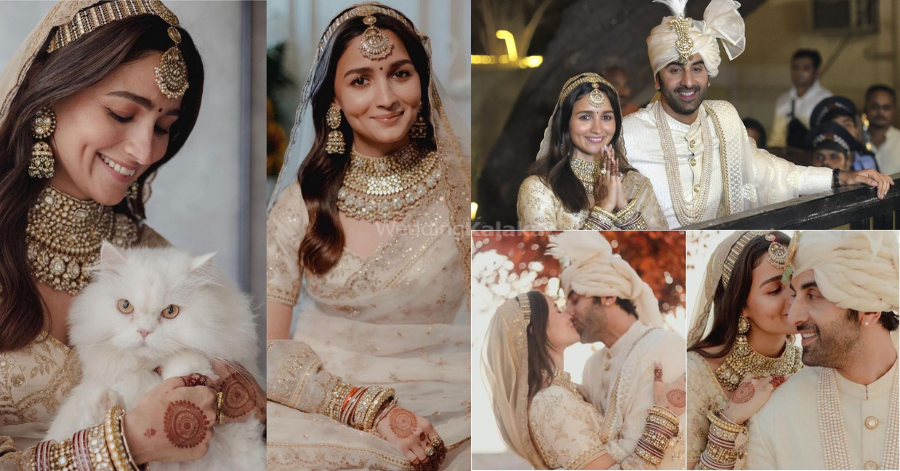 We all are very curious to know about Ranbir Kapoor and Alia Bhatt’s wedding because this cute couple was dating each other for a long time. And finally on April 14, 2022, both of them tied the knot and the couple looked very beautiful together. Alia and Ranbir’s wedding was attended by all their close relatives and friends and all the people enjoyed the whole function of the wedding very much.

The Bollywood couple will get married at the ‘Vastu’ building in Mumbai, where both Alia and Ranbir have their individual apartments.The couple decided to get their house married instead of getting married at another resort or palace.

A pooja will be held in memory of late Rishi Kapoor before kick-starting the wedding celebrations.

Ranbir Kapoor and Alia Bhatt’s mehendi ceremony was held on April 13 2022  The star-studded event was attended by the couple’s families and close friends.Karan Johar launched Alia Bhatt in Bollywood with his film, Student Of The Year. The duo share a special bond and, today, when Karan Johar applied the first mehendi on Alia’s palm, he could not contain his emotions.Ranbir is seen dancing with his late father Rishi Kapoor’s photo in his hand. Alia Bhatt’s minimal bridal mehendi was done by Mumbai-based celeb artist ‘Jyoti’. Alia Bhatt wore a fuchsia pink outfit for her henna ceremony and Ranbir chose a pink kurta set to match Alia’s outfit. They both looked so cute together.

You will also be surprised to know about Ranbir’s procession and you will also 😂😂.“The best part was the baraat, which went from 5th to the 7th floor. In the passage they were dancing to bhangra. Neetu ji wanted the full ghodi ritual, but then also they thought the paps would come and it would become a crazy thing. So they said forget the whole thing, we’ll just go from the 5th to the 7th floor. Neetu ji also added that they were planning for two years, including hunting venues in South Africa, and finally narrowed the location to their home. “This is the way it should be. But if my husband (Rishi Kapoor) was alive, it could not be like this. He wanted the big one. Showman ka beta hai,”

Alia Bhatt and Ranbir Kapoor took their wedding vows on 14april2022 at his Bandra home, Vastu.Ranbir kneeled down to let Alia put the garland on him and kissed her as their close family members and friends cheered for them. Alia wore an ivory and gold organza saree on her fera ceremony and Ranbir also wore the same color and material sherwani. They look very beautiful on their wedding day😘.

The famous makeup artist Mickey Contractor will do the hair and makeup of Ranbir and Alia on their big day.          Alia”s ‘No-Makeup’ Makeup look & hairstyle Defying norms like no other, Alia made for a refreshing bride with her natural makeup look. Her subtle minimal makeup look complemented her elegant ivory and gold saree effortlessly. Alia has mostly been seen sporting the flushed natural look – her wedding day was no different as she went for a nude base with just a tint of pinkish glow with some blush for her cheeks.

The dewy makeup accompanied by the traditional bindi oozed out a modern millennial bride vibe. Ditching the bun hair-do and opting for a natural hairstyle with wave-like tresses falling softly on her shoulder like a cascading waterfall – made for an all the more ethereal way to round off her bridal avatar.

She paired it with Sabyasachi Heritage Jewellery featuring uncut diamonds and hand-strung pearls. The actress wore a statement uncut diamond necklace and earrings and both her hands were laden with bangles and kadas on her wedding day.She wore a cutesy pair of floral bracelets to go with her artisanal outfits. The fresh floral bracelets are from the label Floral Art & Design Studio on her mehndi day. It is the same brand that designed floral jewels for Katrina Kaif and Karishma Tanna for their wedding revelries on her mehndi look. The kalingi that Ranbir  wore on the safa was from Sabyasachi Heritage Jewellery collection. It features uncut diamonds, emeralds and pearls and also wore a multi strand pearl necklace with his wedding outfit.

Most Adorable And Memorable Moments From Alia-Ranbir’s Shaadi😘😘

Conclusion:- The beautiful couple has finally tied the knot after being in a relationship for 5 years.Both the family and friends enjoyed it a lot.Despite all the happiness, Rishi Kapoor’s absence was felt a lot. If you like the details kindly leave a comments below, Thank you 😊 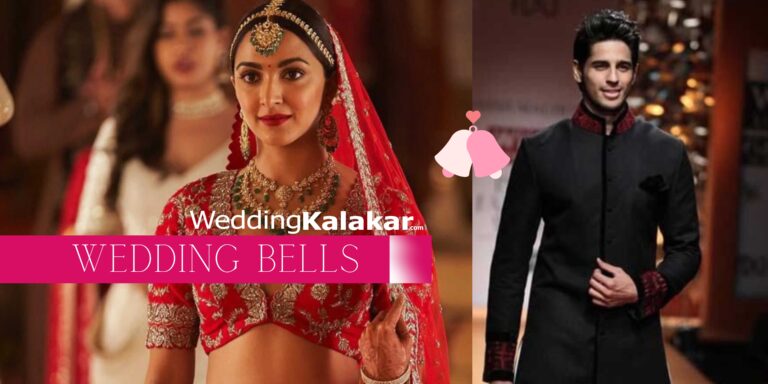 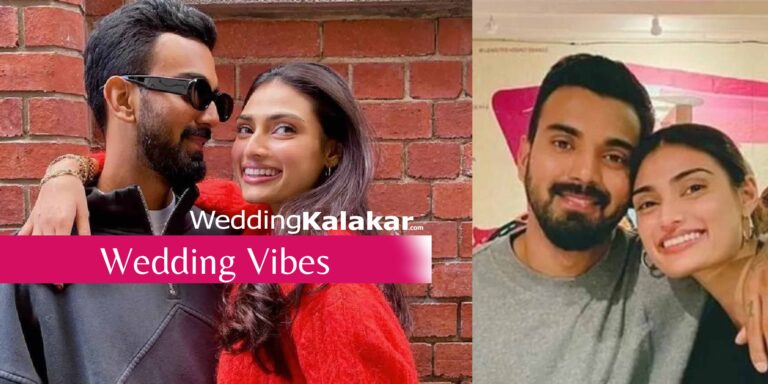 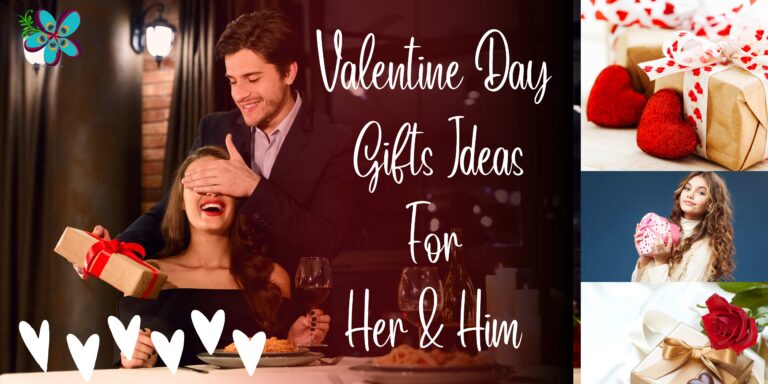